Space Lords is a 1-4 player space-station smashing battle-game for the Commodore 64/128 home computer that supports a huge variety of controllers (joysticks, mice, paddles, keyboard and the Protovision 4-Player adapter) and includes several game modes for either tournaments or single play sessions.

Initially released as one of the higher scoring entries in 2011's C64 16KB Cartridge Competition, ALeX, Retrofan and Taxim from P1X3L.NET are proud to present the 'Centaurus' version of the game on a 16KB cartridge courtesy of RGCD, complete with a space-freighter load of aesthetic and gameplay improvements over the previous Andromeda and Andromeda II builds.

Buy Space Lords on Cartridge for your Commodore 64 Computer!

Enjoyed Space Lords on your modern-day PC? Have an old Commodore 64 stashed away in the loft? Well, you'd be a fool not to grab a physical copy of the C64 version - it comes boxed with a manual, vinyl stickers and even a postcard, just like in the good old days! 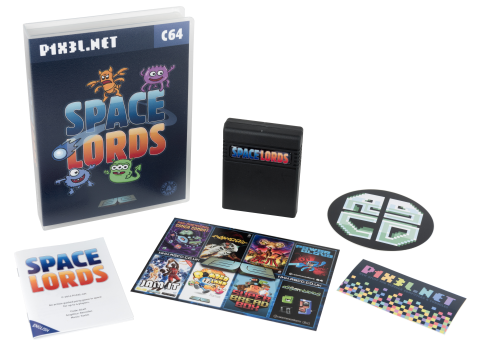 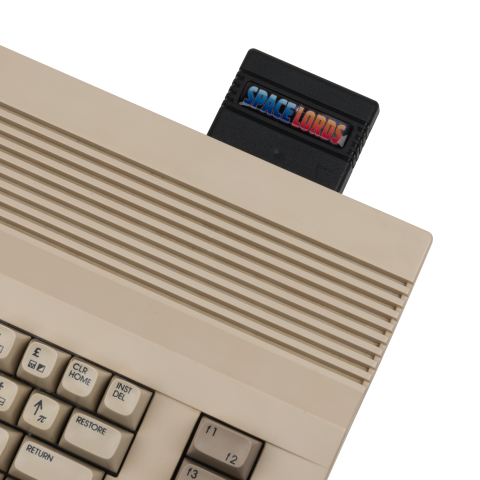 As mentioned above, we've thoughtfully packaged the game download with VICE for Windows, Mac and Linux.

To start the game within the emulator, simply unzip the archive and hit that RUN ME file.

Joystick in port two has been mapped to the cursor keys and left-control (ctrl).

To toggle full screen, press ALT and ENTER together.

For full instructions on using VICE, read the docs supplied in the VICE directory. A full manual for the game, in English and German, is also provided (as a text file and pdf).

For more info, read the provided READ ME 1ST.TXT and HELP.TXT files :) 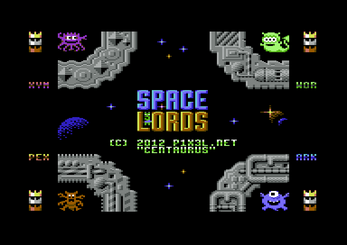 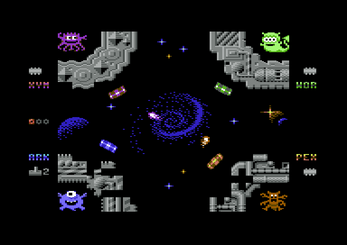 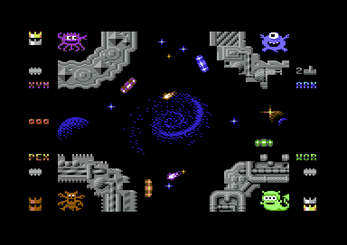 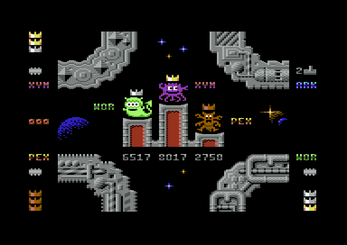 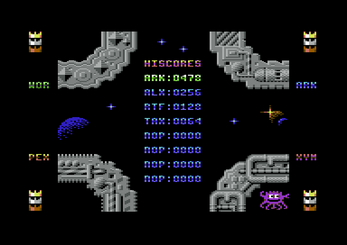